Among the results of the Embassy’s engagement efforts is the selection of Trinidad and Tobago as one of two countries to be highlighted in the D.C. Public School International Food Days programme, with 19th November, 2020 being declared, by Mayoral Proclamation, Trinidad and Tobago Food Day.

For the past two years, the Embassy has submitted recipes for pelau and Trinidad and Tobago-style curried chicken, which were featured in the widely-distributed D.C. Public School International Food Days cookbook. 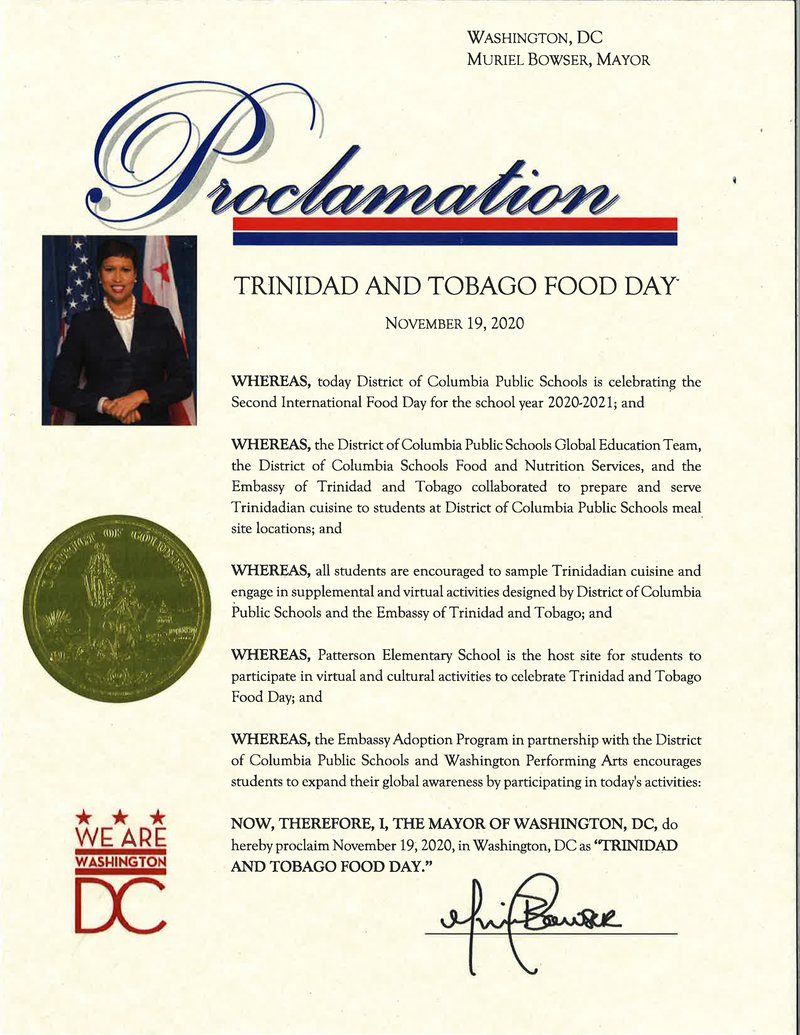