Senator the Honourable Dr Amery Browne, Minister of Foreign and CARICOM Affairs, met with His Excellency Fang Qiu, Ambassador of the People’s Republic of China on 9th December, 2021, to discuss the status of relations between Trinidad and Tobago and China and possible strategies for cooperation in the post COVID-19 era. The meeting took place prior to the handover of supplies for use in the health care system of Trinidad and Tobago.

During the exchange, both parties agreed that there is potential for further cooperation between Trinidad and Tobago and China in fields of interest and importance to both countries. Minister Browne expressed appreciation for China’s interest in partnership with Trinidad and Tobago and for the further transfer of assistance with respect to personal protective equipment and support for our health care efforts.

The Ambassador emphasised China’s interest in strengthening cooperation with the Caribbean in the post-COVID-19 era and, in this regard, referred to the establishment of the China-Caribbean Development Centre. With specific reference to areas of priority for China’s cooperation with Trinidad and Tobago, he identified poverty alleviation, food security, COVID-19, financing for development, climate change and the green economy and industrialisation and digital economy and connectivity. The Ambassador also referred to the Global Development Initiative, pointing out that it falls well within Trinidad and Tobago’s National Development Strategy 2016-2030 (Vision 2030), including this country’s digital transformation goals.

The Ministry of Foreign and CARICOM Affairs will follow up on the matters discussed with the relevant Ministries, in furtherance of Government’s efforts to achieve Trinidad and Tobago’s development objectives.

During the Ceremony, Minister Browne recalled previous donations made by the People’s Republic of China to Trinidad and Tobago including, a generous donation of WHO-approved COVID-19 vaccines, at a time when vaccines were not available to the country, as well as another sizable donation of medical supplies in October 2021. These he described as testament to the strength of the bilateral relationship between the Trinidad and Tobago and China.

In his remarks during the brief ceremony, Ambassador Fang stated that the COVID-19 pandemic still posed a challenge, particularly in light of new surges of infection occurring around the world. Expressing the view that cooperation was required to combat the pandemic, the Ambassador noted that this was the approach taken by Trinidad and Tobago and China.

The ceremony concluded with the official handover of medical supplies by Ambassador Fang to Minister Browne and the signing of the hand-over certificates. The medical supplies donated by the Government of the People’s Republic of China will be used in Trinidad and Tobago’s parallel healthcare system to treat COVID-19 patients and contribute to the mitigation of the spread of the virus. 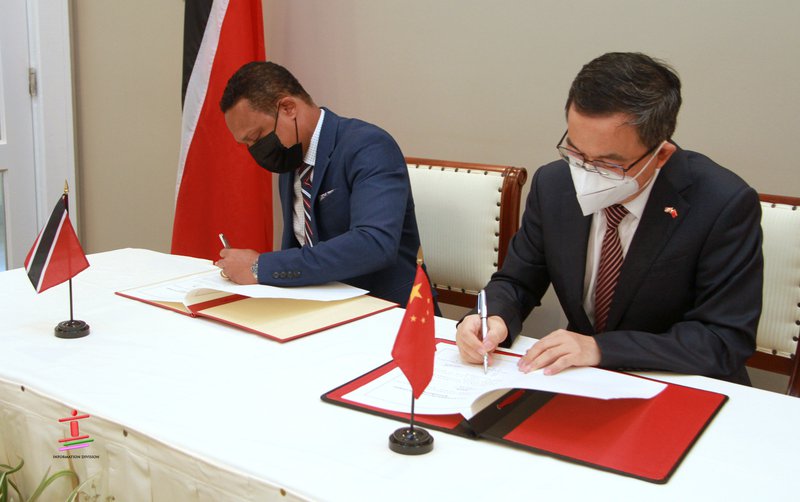 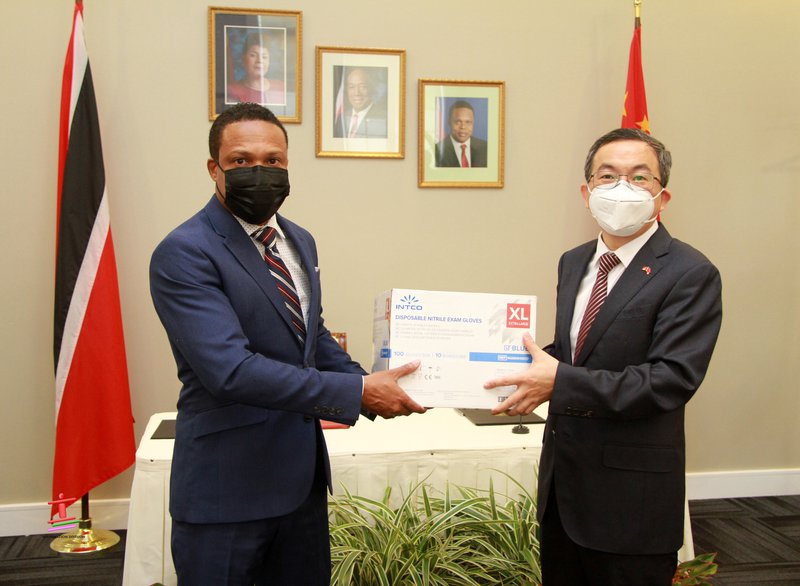