Official Visit of the Foreign Minister of Suriname November 2021

PORT OF SPAIN: 16TH NOVEMBER, 2021
Senator the Honourable Dr. Amery Browne, Minister of Foreign and CARICOM Affairs of the Republic of Trinidad and Tobago was pleased to receive His Excellency Albert Ramdin, Minister of Foreign Affairs, International Business and International Cooperation of the Republic of Suriname for a Bilateral Meeting on 16th November 2021 at the Ministry of Foreign and CARICOM Affairs.
Minister Browne took the opportunity to thank his Surinamese counterpart for accepting his invitation to visit Trinidad and Tobago in furtherance of the mutual strategic interests of both countries.
During the exchange, the Ministers engaged in fruitful discussions on matters of respective national significance including post-COVID19 rebuilding efforts, and explored avenues for furthering Bilateral Cooperation between Trinidad and Tobago and Suriname in a number of key sectors including, Oil and Gas, Renewable Energy, Trade and Business. The potential for energy cooperation was explored in depth and several possible areas of cooperation discussed.
The Ministers also took the opportunity to consider topical issues on the regional agenda and acknowledged the close relationship shared by the two sides through collaboration within the Caribbean Community (CARICOM). The Ministers advanced strategic initiatives that could redound to the benefit of the wider Caribbean region. The two Foreign Ministers also discussed areas of potential synergy in expanding air services, tourism, creative industries and partnerships and investments in agriculture, banking and financial services.
Minister Browne and Minister Ramdin signed a Memorandum of Understanding on a Political Consultation Mechanism between Trinidad and Tobago and Suriname that will provide the framework for further engagement between the two countries in areas of mutual interest and concern.

The Bilateral Meeting marked the first event on the programme of Minister Ramdin’s inaugural official visit to Trinidad and Tobago. Other engagements will include meetings with the Minister of Trade and Industry, Minister of Energy and Energy Industries and the key stakeholders in the Oil and Gas and Manufacturing Sectors.

Minister Ramdin is leading a delegation which includes His Excellency David Abiamofo, Minister of Natural Resources of Suriname, high level executives from the State Oil Company of Suriname and business representatives. The Minister and his delegation will leave Trinidad and Tobago on 18th November, 2021. 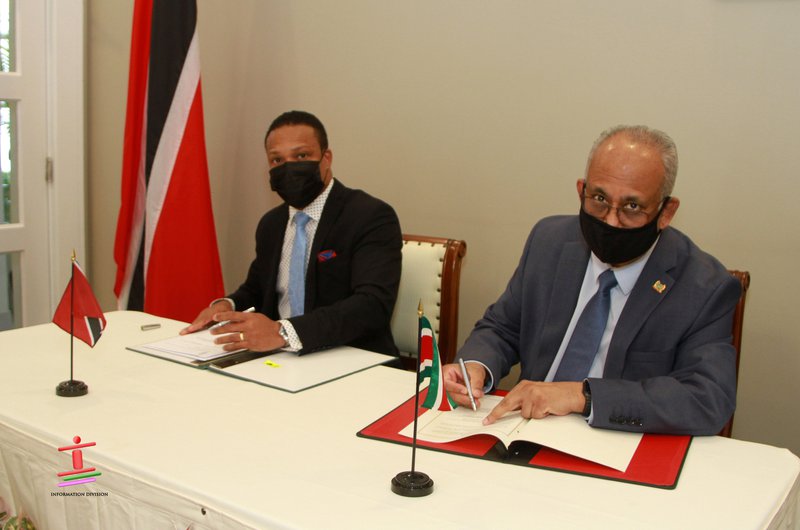 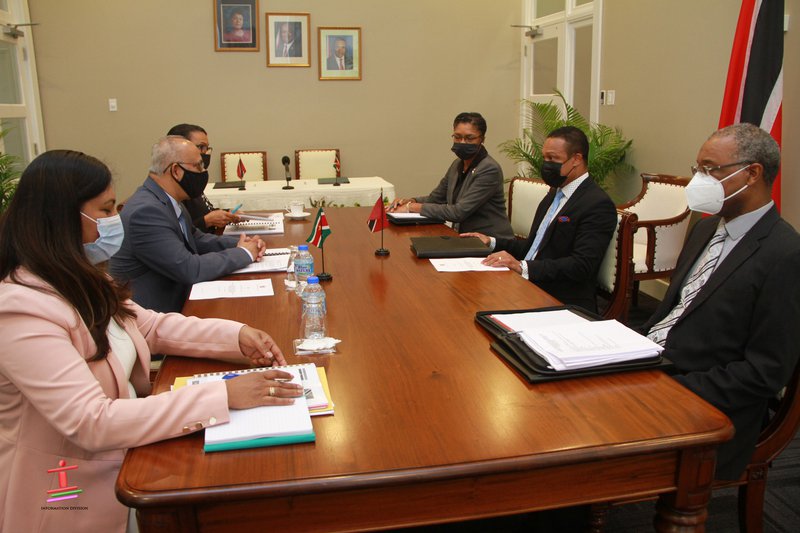 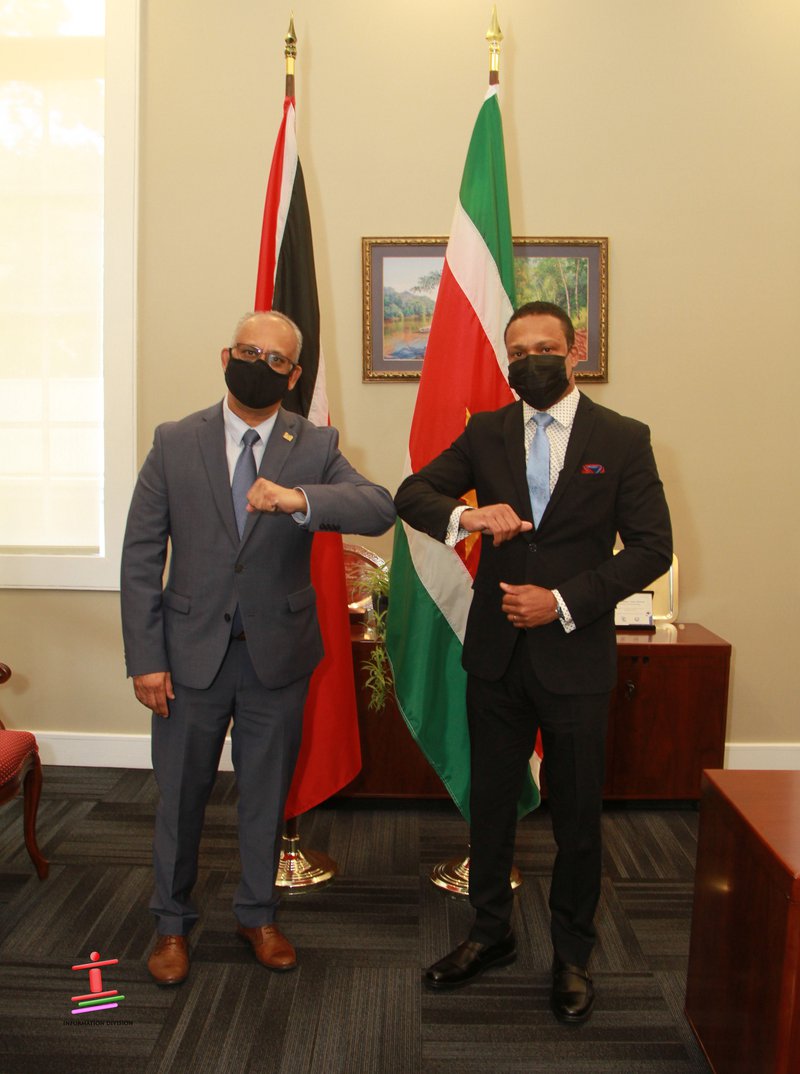