Minister of Foreign and CARICOM Affairs tours the USNS Burlington

Senator the Honourable Dr. Amery Browne, Minister of Foreign and CARICOM Affairs, toured the United States of America Naval Ship (USNS) Burlington on 14 April 2022 while it was docked at the Cruise Ship Complex in Port of Spain.

The USNS Burlington is a Spearhead class fast transport vessel that is currently operating under the authority of Commander of Fourth Fleet, the Naval Commander of US Southern Command’s (SOUTHCOM) naval forces. According to the US Embassy, “the vessel can be configured to carry out a variety of missions to include counter illicit trafficking, humanitarian assistance and disaster relief operations, act as an afloat staging bases for equipment and helicopters and conduct rapid transit to move equipment and forces.”

Also present for the tour were Ms. Megan Kelly, Acting Deputy Chief of Mission of the Embassy of the United States of America to Trinidad and Tobago, the Burlington’s Ship Master Captain Tyler Driscoll, Lieutenant Commander James Brown of the US Military Liaison Office at the US Embassy, and Lieutenant Julian Turner, mission commander of the military detachment assigned to the USNS Burlington. 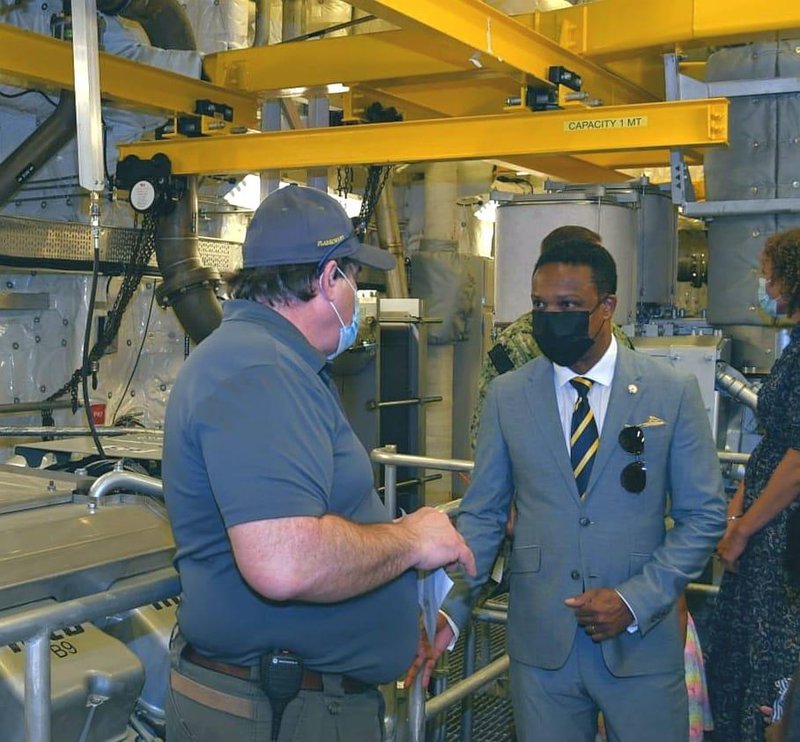 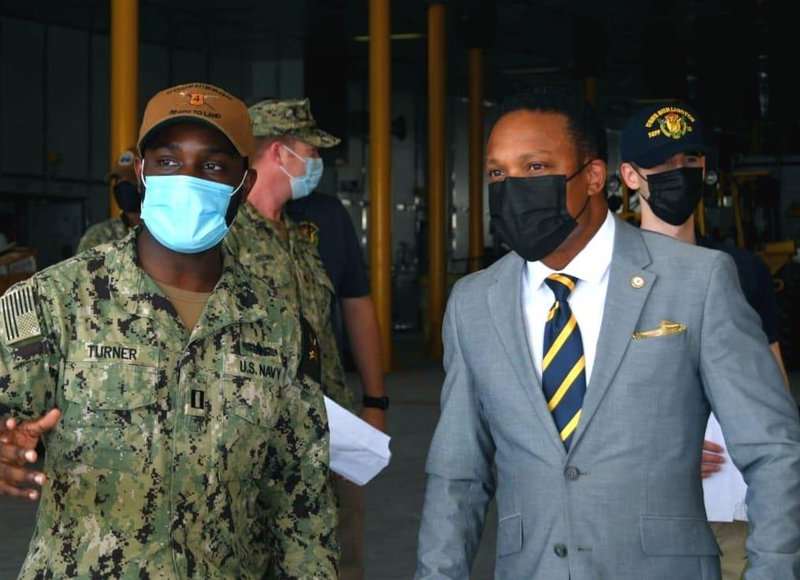