Senator the Honourable Dr. Amery Browne, Minister of Foreign and CARICOM Affairs welcomed Her Excellency Harriet Cross, newly appointed High Commissioner for the United Kingdom of Great Britain and Northern Ireland to the Republic of Trinidad and Tobago, during a Courtesy Call on 6th October, 2020 at the Ministry’s Headquarters. The Courtesy Call on Minister Browne preceded High Commissioner’s presentation of her Letters of Credence to Her Excellency Paula Mae Weekes, ORTT, President of the Republic of Trinidad and Tobago.

During the meeting, Minister Browne wished High Commissioner Cross a successful tour of duty, and indicated that, notwithstanding the current challenges posed by the COVID-19 pandemic, over the course of her tour, she would have the opportunity to be immersed fully in the socio-cultural environment of Trinidad and Tobago. In this regard, Her Excellency acknowledged the natural beauty of Trinidad, expressed her hope to visit Tobago and commended the discipline exhibited by the people of Trinidad and Tobago toward observing the restrictions and guidelines imposed to flatten the COVID-19 curve.

Discussions at the Courtesy Call also focused on the following areas: the advancement of women, the appointment of a new trade envoy to the Caribbean by the Government of the United Kingdom, and the development of renewable energy sources and protection of the environment.

On the topic of the appointment of a new trade envoy to the Caribbean by the Government of the United Kingdom, High Commissioner Cross indicated that the new trade envoy, in the person of Mr. Darren Henry, whom, she noted, has Trinbagonian lineage, will focus on 12 Commonwealth countries. Additionally, on the matter of the development of renewable energy sources and protection of the environment, Her Excellency acknowledged the efforts of Trinidad and Tobago to advance the use of renewable energy sources, action, she noted, the Government of the United Kingdom would be pleased to support. Minister Browne conveyed that Trinidad and Tobago, as a Small Island Developing State (SIDS), appreciates the importance of the global thrust to make the transition to green energy sources and that this country would welcome the opportunity to partner with the United Kingdom to develop national capacity in this regard.

The meeting ended cordially with Minister Browne welcoming the opportunity for future courtesy calls by the High Commissioner to discuss issues of mutual interest to both Trinidad and Tobago and the United Kingdom. 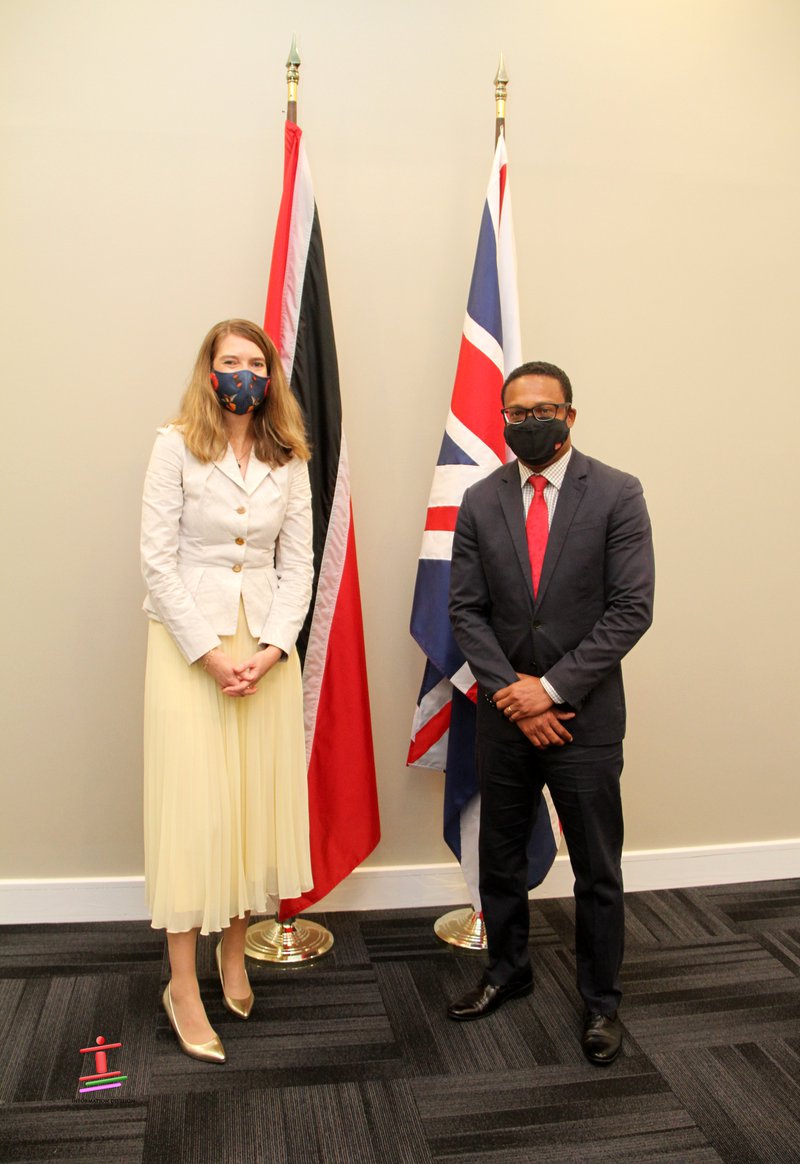