Trinidad and Tobago Ambassador to China Presents Credentials in Beijing

Prior to the presentation ceremony, Her Excellency and Mr. Hong held a brief meeting during which the Ambassador alluded to the close friendship that exists between the two countries, a manifestation of the more the two hundred years of people-to-people ties, with the arrival of Chinese labourers in a colonial Trinidad and Tobago. Formal Diplomatic Relations were established between the two countries forty-seven (47) years ago. Throughout this relationship, characterized by pragmatic cooperation in number of avenues, Trinidad and Tobago has adhered to the One China Policy. Her Excellency noted further that the deep personal significance of her new assignment given that she is of Chinese - Trinidad and Tobago descent. Ambassador Low gave the undertaking to pursue actions that would improve people-to-people understanding between both societies during her tenure, as well as build and deepen commercial ties between Trinidad and Tobago and China.

In turn, Mr. Hong extended the full support of the Protocol Department to the Ambassador during her tour of duty and expressed confidence that bilateral ties between the two countries would be strengthened further during her tenure. He stipulated that the Department would be hosting several cross-country visits as well as briefings with key Ministries and Government Departments to enable a deeper understanding of China and its governance system.

Both the Ambassador and the Director-General referred to the current COVID-19 pandemic and exchanged views on the impact of the pandemic on the economy of Trinidad and Tobago. Her Excellency expressed appreciation on behalf of Trinidad and Tobago for the support that China has provided and continues to extend to this country since the onset of the pandemic. In addition, she opined that the commitments made at the recent China – Community of Latin American and Caribbean States (CELAC) Ministerial Forum, as well as ongoing bilateral exchanges between officials from both sides, bode well for Trinidad and Tobago – China post-pandemic partnership. 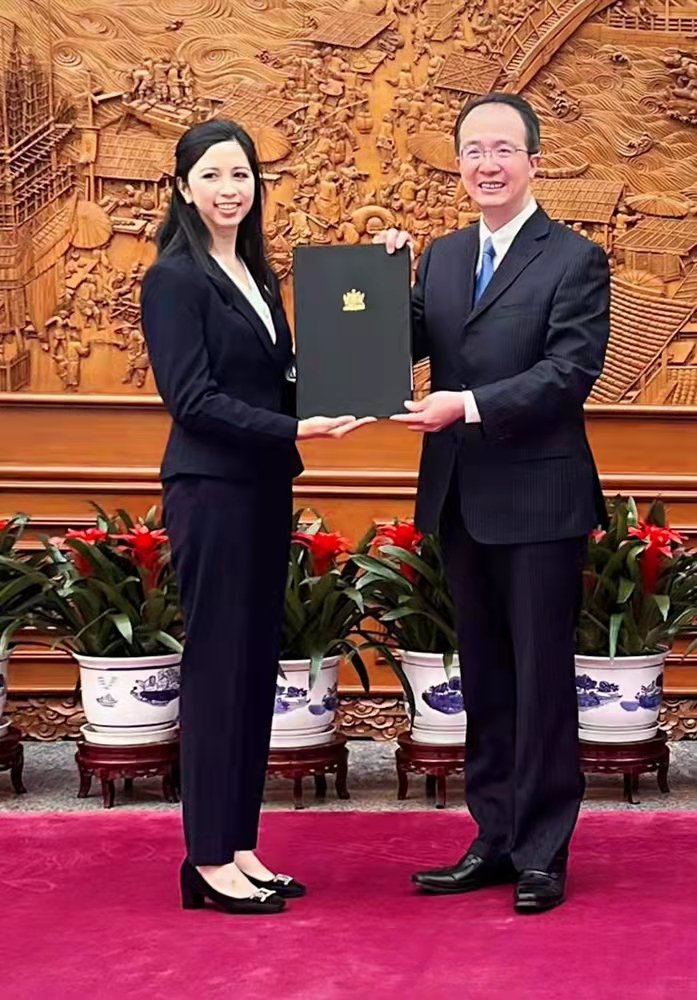