It is with great pleasure that I welcome you to the Website of the Embassy of the Republic of Trinidad and Tobago in Brazil. This is a project that has been long in gestation and we are very pleased that with the hard work and dedication of the Staff at the Embassy and the support the Ministry of Foreign and CARICOM Affairs in Trinidad and Tobago, it has finally come to fruition.

In 1970, Dr. Major was again called upon to assist in the relocation and establishment of the Trinidad and Tobago Mission from Rio de Janeiro to the new modern capital of Brasília and prepare the Chancery for the incoming ambassador, His Excellency Albert Gerard Montano. In 1973, Ambassador Gerard Montano signed the deed for the 22, 500 m² lot of land in the Embassy Sector donated by the Government of the Federative Republic of Brazil.

In April 2011, Prime Minister Kamla Persad Bissessar visited Brazil accompanied by Dr. the Honourable Surujrattan Rambachan, Minister of Foreign Affairs to unveil the plaque of the foundation stone for the construction of the new chancery in the North Embassy Sector. The laying of the foundation stone demonstrated the commitment of the Government of the Republic of Trinidad and Tobago to continue to strengthen and advance relations between the two countries.

Embassy of the Republic of Trinidad and Tobago, Brasilia

The Mission is closed to the public until further notice.

Portfolio of the Mission

The Embassy sees its objectives as promoting and advancing the interests of Trinidad and Tobago in those locations, fostering closer ties with all the countries of its accreditation and building on the relationships which already exist.

These objectives are underscored by the underlying raison d’être of seeking opportunities to advance the social, political and economic interests of Trinidad and Tobago at the regional, hemispheric and global levels.

Authenticating of Documents – R$8 per Document

The official currency of the Federative Republic of Brazil is the Real (R$). It is a fluctuating currency and changes several times daily. The average rate for 2012 has fluctuated between US$1 - R$1.80-R$2.00

Stated Below are the list of agreements between the Republic of Trinidad and Tobago and the Federative Republic of Brazil: 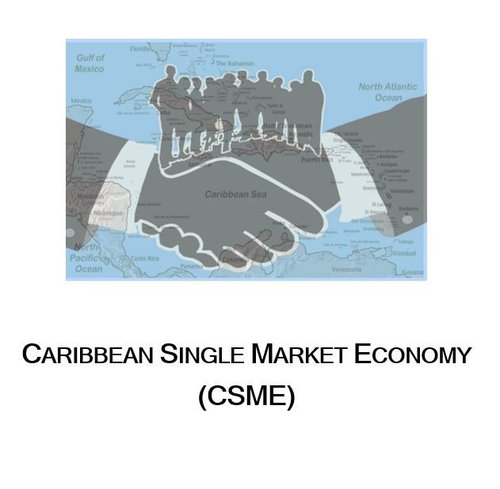 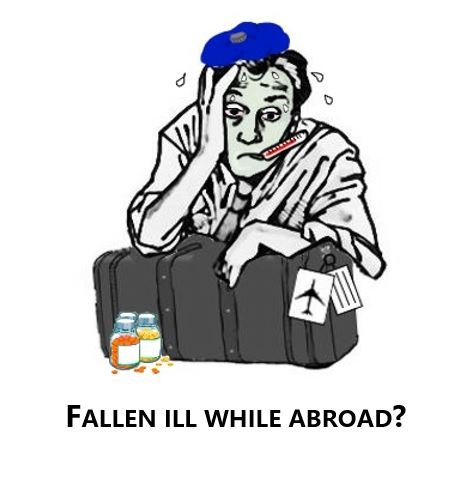 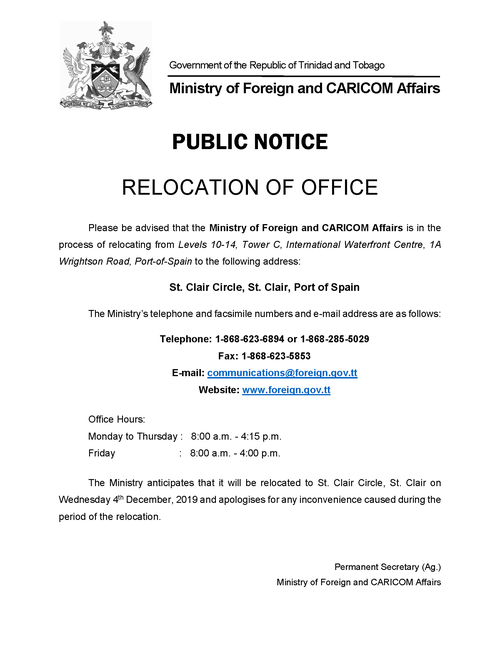 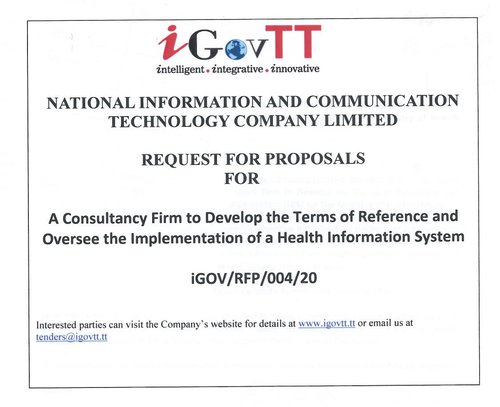 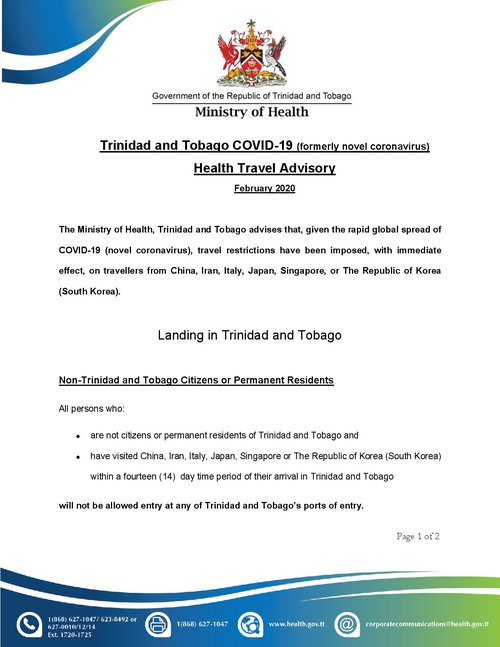 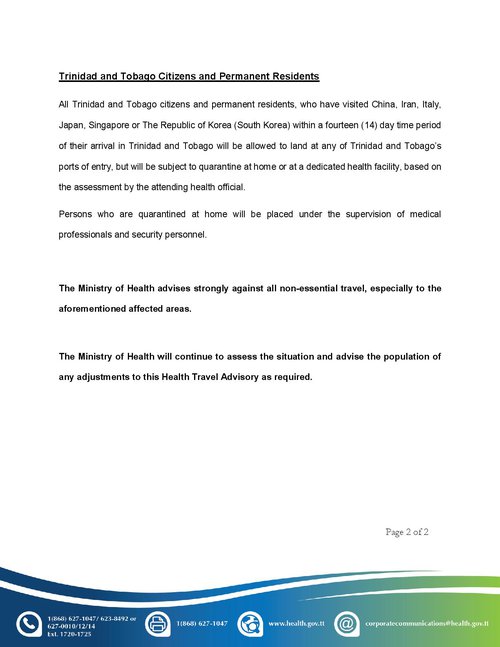 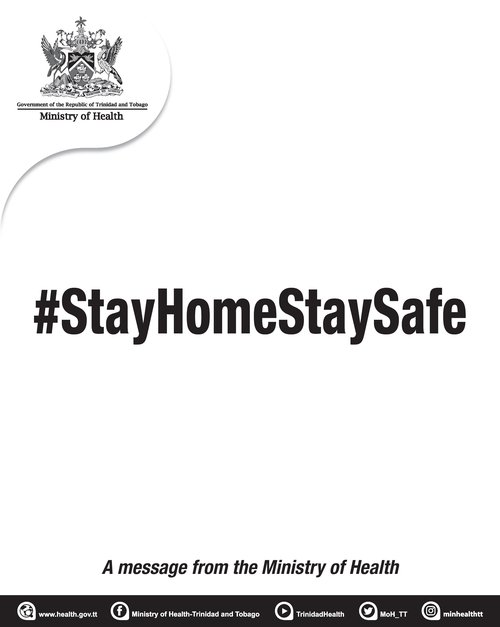 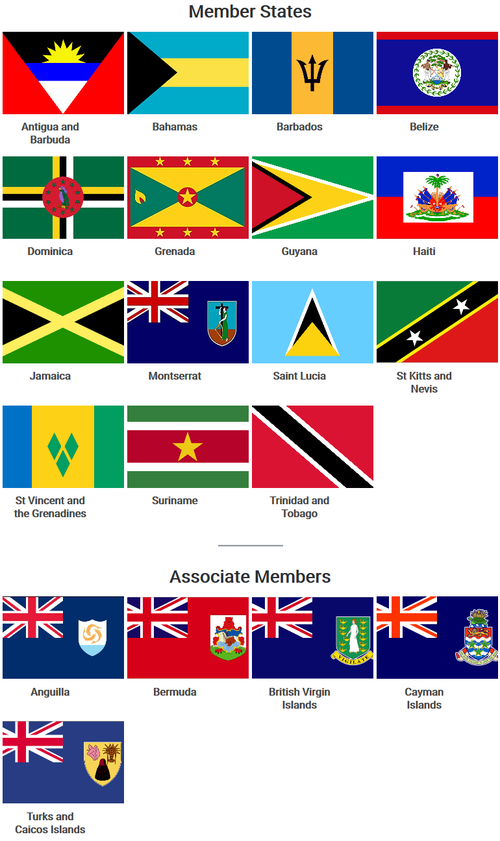 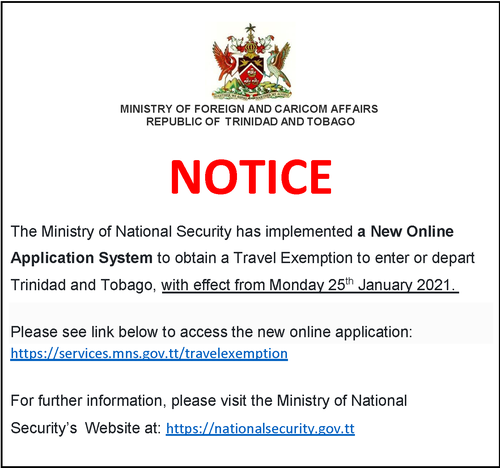 Eruption of La Soufriere Volcano in St. Vincent and the Grenadines